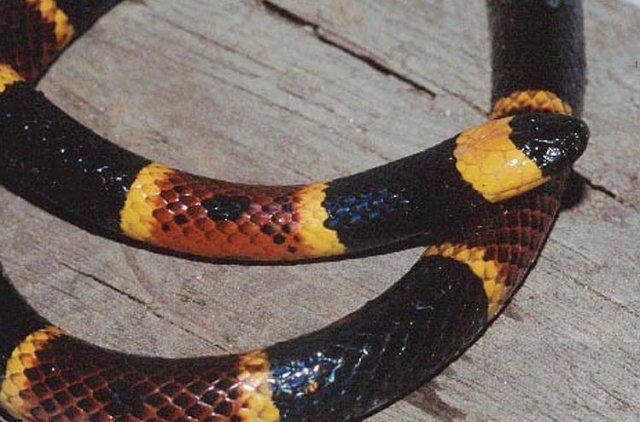 Venomous snakes in the U.S.

They can be dangerous to outdoor workers including farmers, foresters, landscapers, groundskeepers, gardeners, painters, roofers, pavers, construction workers, laborers, mechanics, and any other workers who spend time outside. Some workers with a severe allergy to snake venom may be at risk of death if bitten.

Its  been estimated that 7,000–8,000 people per year receive venomous bites in the United States, and about 5 of those people die.

The number of deaths would be much higher if people did not seek medical care in a timely manner.

It is important for these outside workers to train themselves about their risk of exposure to venomous snakes, how they can prevent and protect themselves from snake bites, and what they should do if they are bitten. Also, one of the things a worker should be aware of is what these venomous snakes look like.

For pictures of all the venomous snakes that may be in your  of the USA and further information go to: http://www.cdc.gov/niosh/topics/snakes/

If a venomous snake has been spotted on your property, you can attempt to rid it on your own or go to a professional in your area if you have any doubts about eradication of these creatures.